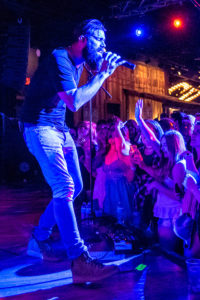 Toad sits down with Jordan Davis to find out more inside of the artist that’s becoming Jordan Davis. Songwriting, the love of bartending, favorite single on the album…

More about Jordan Davis:
Jordan Davis is a Shreveport-born, Nashville-weathered creative soul with his feet firmly planted in two different eras. The imagery in his songs relies on the same specificity behind such classic, lyrically- driven songwriters as John Prine, Jim Croce and Bob McDill. But the tech-tinged production and silvery phrasing in those same songs embodies the genre-defying musicality of such current acts as Eric Church, Sam Hunt and Lady Antebellum.

Kris Kristofferson would likely brand Jordan a walking contradiction – repurposing a phrase he once applied to Johnny Cash – and Davis would heartily agree.

The Swon Brothers hang out with Toad