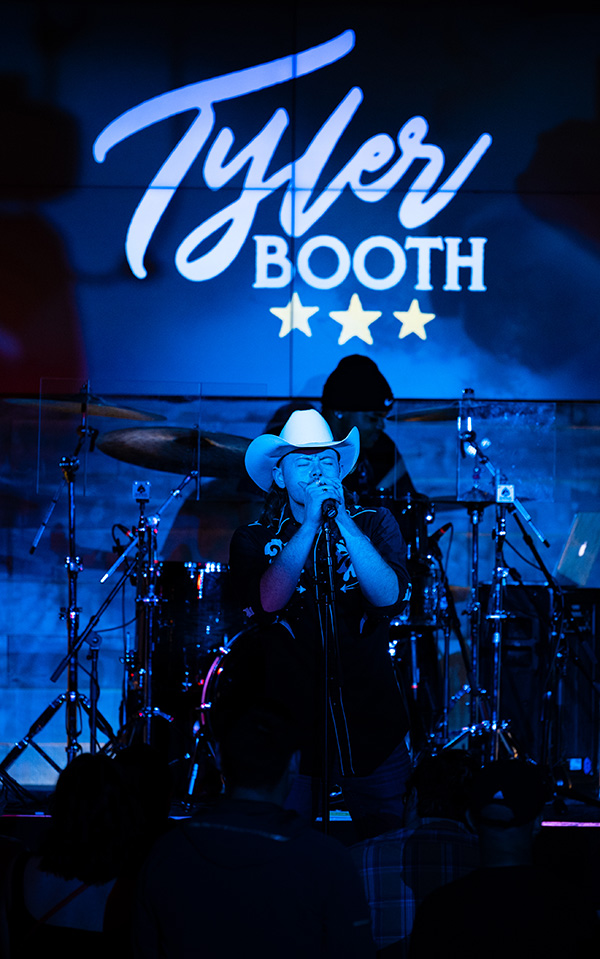 Tyler Booth and Toad finally getting to do the damned thing! This has been years in the making and here we are finally getting to know Tyler! Spending half his time in Kentucky and the other half in Nashville. Dad getting him into music, the rock n roll side, growing up listening to old school Johnny Cash, Waylon and Willie with the grandparents. First live experience was at the age of 14, got thrown to the wolves, and pulled out Folsom Prison Blues on the fly. Shows with Dwight Yoakam, Jon Pardi, Darius Rucker and more. Getting to write with Jamey Johnson, Waylon’s last Cadillac.. this is worth the listen folks! We even got into some PlayStation talk.. and yup, Asian Jason even came up!

Youth and authenticity are two traits that rarely coincide together. Add to that equation a voice that is much older than the 22-year old man it’s attached to and you suddenly begin seeing what all the fuss is about with Tyler Booth.   Raised around music and the struggles of being in a band, Tyler is hardwired for the music business and it shows in his work ethic. Born and raised in Wolfe County in the Southeastern region of Kentucky, Tyler has been writing songs and honing his craft for years. But, it’s that voice that caught the attention of one of Nashville’s finest songwriters in Phil O’Donnell. Phil heard that smooth baritone with an immediately identifiable southern drawl and knew he had found a young man worthy of his time.   When Tyler released his EP, Tyler and Phil chose six songs that showcase Tyler’s unique voice, but still allowed him to be who he is. For example, “Hank Crankin’ People” is a song that Tyler immediately identified with and it has quickly become an anthem to those in attendance at his shows. His youthful side is allowed to shine on, “If We Make It To Mexico”, as well as “Ready To Raise It.” Tyler’s tender side takes the spotlight on “Surrender”, a ballad penned by Tyler himself.

Ruthie Collins hanging in Vegas for the ACM’s and spending a little time with Toad talking writing, Hypocrite and the ultimate night out in Nashville!

Kylie Morgan sittin’ with Toad and talking music, being a tourist, favorite covers, growing up on Oklahoma, the ocean… happy place