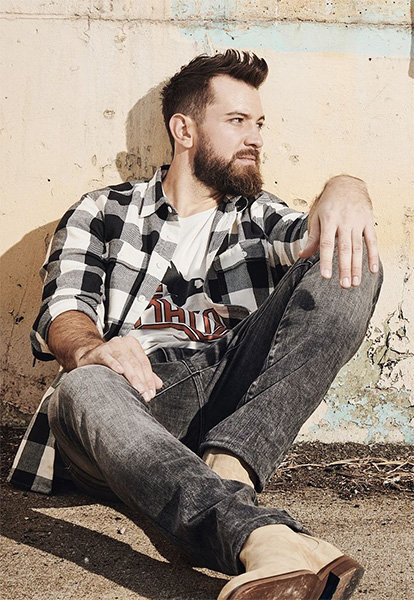 Chris Bandi hangin’ out with Toad during the COVID times.. we talked new music, peloton bikes, sushi and more

In witnessing the runaway success of his debut single, “Man Enough Now,” Chris Bandi is a firm believer in music’s power to unify others. He has a multifaceted voice that immediately resonates with any soul listening. And his music gives a natural sense of roots for those who need it most because he is among the few artists making music in Nashville today to have lived in three of America’s most musically sacred places.
Bandi is proud to follow in the lineage of legendary musicians from his native St. Louis. He was raised on his father’s taste in obscure rock with a heavy dose of his mother’s affinity for ’90s country music. He remembers CDs being on the grocery list as a child and browsing the aisles of the city’s many great record shops. He grew up loving Sister Hazel, the Sonya Dada song, “You Ain’t Thinkin’ ‘Bout Me,” Alan Jackson’s “Where Were You When the World Stopped Turning” and Bruce Springsteen’s “Born to Run.”

We can say that we got through Zoom, got to catch up with a good ol’ boy named Bandi!