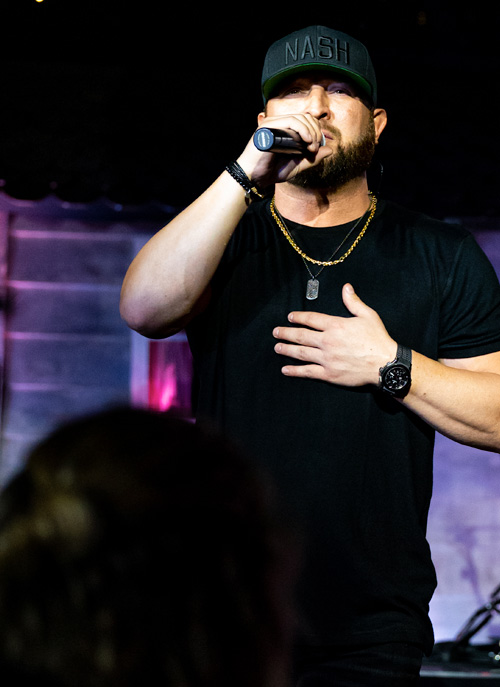 Singer/songwriter Dusty Black likes to consider himself a pretty tough guy. But even he admits he can’t get through his new song “Somebody’s Mama” without shedding some tears.

“It’s hard to perform that sucker on stage,” the father of two little girls admits the song that was first introduced to him by country artist Colt Ford. “Every time I play it, I have to warn the crowd that I might get ‘choked up a little bit up here.'”

Black laughs, but he isn’t kidding.  “Somebody’s Mama” featuring Gary LeVox serves up a heartfelt cup of sentimentality, telling the story from a father’s point of view of watching daughters turn into grown women who turn into the loves of someone else’s life. And it’s a song that hit Black smack dab in the heart since the moment he first heard it.

“It’s always been one of those that just made the hair on my arms stand up,” says Black, 38, of the song written by Monty Criswell, Derek George and Houston Phillips. “I dang near cry almost every time I hear it.”

Jackson Michelson talking’ with Toad about video games, eating all the food, taking all the money, new music, tacos, pizza, being a stay at home dad in 2020 and more!

Dillon Carmichael finally makes it to Vegas with Toad!