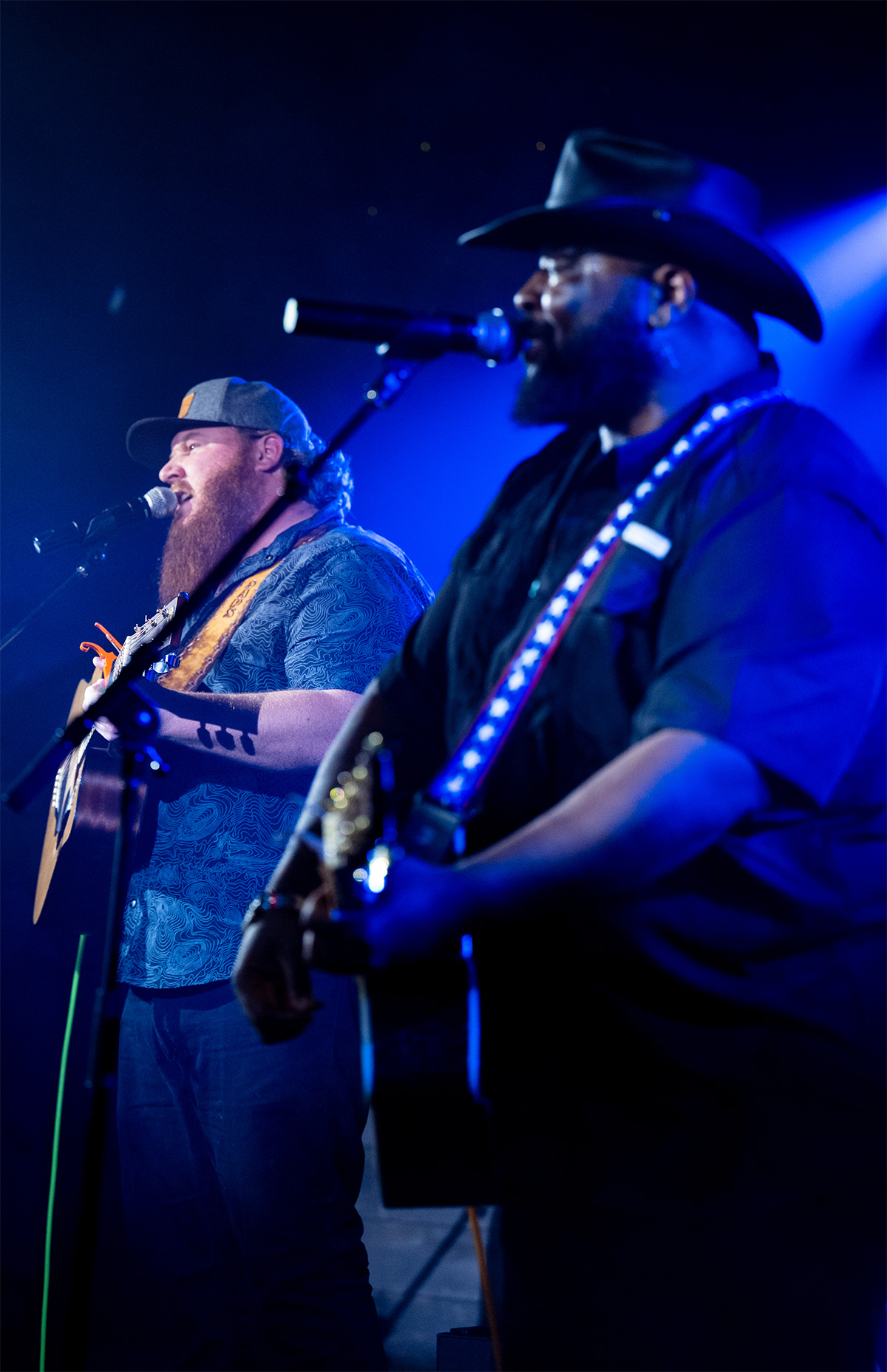 Neon Union and Toad (and maybe John Marks)… hangin’ out in the Toad’s Tunes studio inside Stoney’s Rockin’ Country in Las Vegas! We talked about their initial meeting via Facetime that was all brought to fruition by Jimmie Allen. Two completely different backgrounds led to two amazingly genuine dudes getting together to form Neon Union.

Jimmie Allen introduced Leo and Andrew to each other in Nashville after seeing each of them perform as solo artists. It was Jimmie’s suggestion that they join forces and become the first Black & White Duo in Country music. they took Jimmie up on that idea as well as his offer to manage them with his business parter, Aaron Benward at Jab Entertainment.

LEO BROOKS
Leo Brooks’ dad handed him an acoustic guitar and introduced him to the music of George Jones and Hank Williams at the age of four. Growing up in Miami, Leo spoke English and Spanish fluently and developed his songwriting chops at a young age while learning to play the bass guitar. His first audition was for the legendary Lauryn Hill right out of high school and eventually became her musical director. Leo then went on to become a Grammy Award- Winning collaborator for artists including: Pitbull, Lauryn Hill, Jennifer Lopez, Mary J. Blige, Cee Lo Green, and John Legend.

ANDREW MILLSAPS
Andrew Millsaps was born in Surry County, NC and started playing guitar and writing music at the age of thirteen. Andrew officially began his career playing for his friends and family around kitchen tables and weekend bonfires. Shortly after his high school graduation, he began performing at local venues while attending and then graduating from NC State University. Andrew was a semi-finalist in the “Music City Song Star Competition” and earned first place in the “Merlefest “Chris Austen Songwriting Contest”.

Gettin’ to sit with Madeline Merlo and talk music, Canada, actually being “country” and so much more!

Dylan Schneider making his way back to Vegas, finally of legal age, talkin’ music, time off and goals!