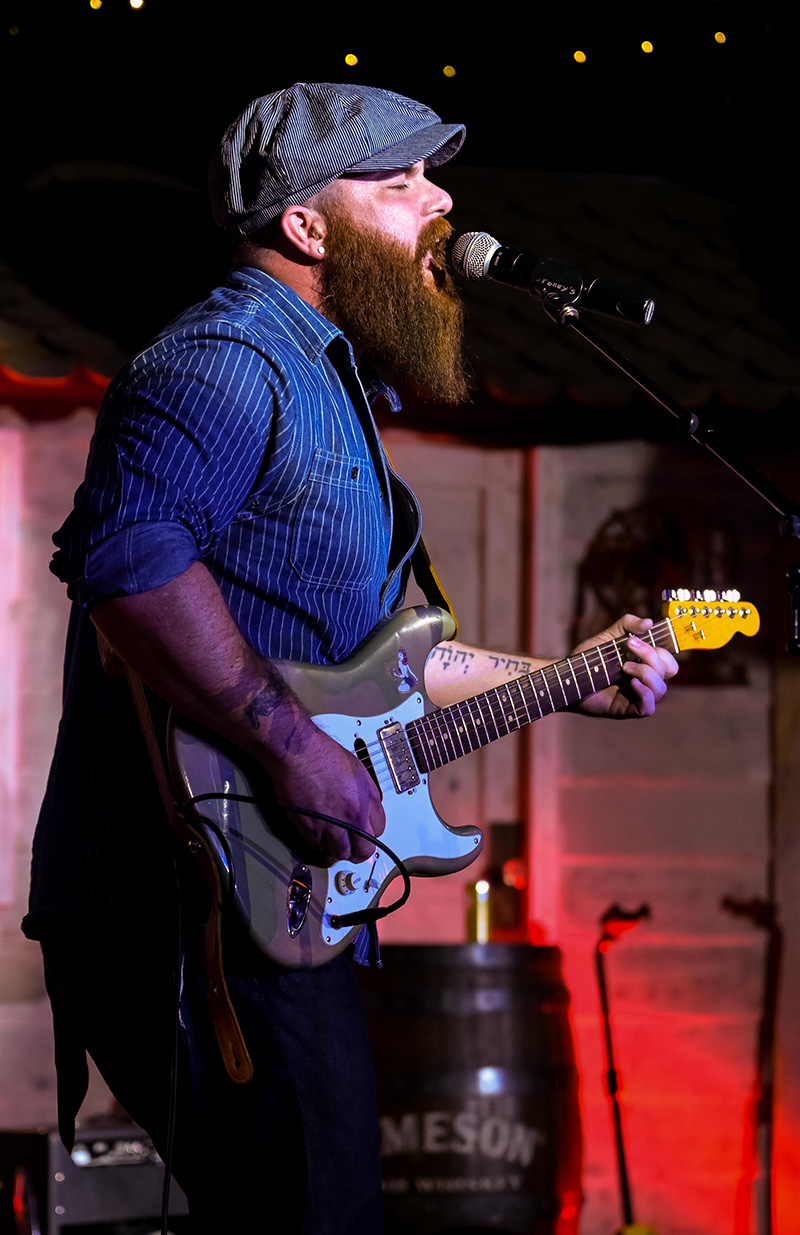 Jason Nix and Toad hangin’ out in Vegas at Stoney’s Rockin’ Country talkin’ about growing up in Mississippi, the move back to Nashville, bringing the title Things a Man Oughta Know into a write, not listening to too much radio but enjoying audio books, Ashley McBryde, Luke Combs, being a brand new dad as well as his Social Media skills!

Years before Jason Nix hit the highway, playing nightly shows that mixed the modern twang of country music with the southern spirit of blue-collar rock & roll, he grew up working on cars with his father. Music and automobiles ran in the family. One minute, a young Jason would find himself accompanying his dad to band practice, where the older Nix would play bluegrass songs. The next minute, the two Nix men would have their heads buried in an engine, diagnosing some mechanical issue while a nearby radio blasted country songs.

The experience left a permanent mark on Nix, who bought a 1971 Chevelle not long after college and began restoring it. As his own music career took off — not only as an acclaimed frontman, but also as a songwriter and sought-after instrumentalist — so did the Chevelle’s complete overhaul.

“It’s my time machine,” he says of the vehicle. “There’s no radio and no AC, and it’s my gauge whenever I’m writing songs. If my car had a radio, what would I want to hear when I’m driving it? That’s the feeling I want to chase. The freedom that car makes me feel is the sound I want to make.”

Born in Nashville, Nix moved to Mississippi as a 5 year old. His upbringing was a musical one, filled with the down-home sounds of bluegrass and country. George Strait, Vince Gill, Alison Krauss, Nickel Creek, and Travis Tritt were childhood favorites, and as Nix grew older, he added rock-influenced artists like the Allman Brothers, the Eagles, and Charlie Daniels Band to the mix. That broad range of influences helped shape Nix’s own music, which he began playing as a member of a regionally-touring band in high school. Unable to shake his lifelong connection to Nashville, he moved back to Tennessee one day after his graduation.

In a city filled with starry-eyed artists looking for their big break, Nix rolled up his sleeves and got to work, earning his stripes not only as a big-voiced frontman, but also as a skilled guitarist. He toured with chart-topping artists like Canaan Smith and Chase Rice, playing guitar for both frontmen as their careers exploded. He wrote songs, too, earning a publishing deal and landing cuts with artists like Eli Young Band, Lainey Wilson, and the Shires. Finally, he played regular shows on Lower Broadway, remaining onstage until 2:30 a.m, sharpening his stage presence to a fine point… and waking up several hours later to go work a retail job at a clothing store.