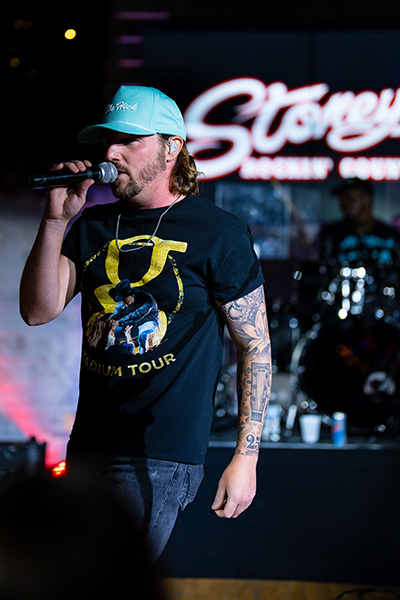 Josh Mirenda back in Vegas spending some time with Toad and talkin’ music, getting back on the road, the side hustles with tequila, publishing companies and more. Bringing a guitar player (Gary Garris) to Vegas for his 1st ever trip here… uh oh…..

We dove deeper into Black Sheep Tequila and it’s biggest achievment… top 3 in the San Francisco World Spirits Competition.. read below for the results.

We got into social stuff, TikTok, we talked Koe Wetzel, Jon Stone, Jered Neiman, Stephen Barker Liles and …. no drinking with those guys!

Nashville native, Josh Mirenda, is a country music singer/songwriter, with multi-platinum selling status and an ASCAP Song of the Year Award for “Somewhere On The Beach”, recorded by Dierks Bentley. Josh has several hits recorded by Jason Aldean including his title album “They Don’t Know”. From songwriter to singer, Josh’s debut single, “I Got You”, has nearly 20 million streams on Spotify and landed him on Spotify’s Hot Country List. Following the release of his self titled EP, Josh Mirenda, Josh has been on the road, playing shows with artists such as Easton Corbin, Chris Young, Rodney Atkins and Dylan Scott.

Mirenda released “Til The Neon’s Gone” January 2022 penned by himself and mega hitmakers, Jon Nite and Ashley Gorley. “Neon is probably one of, if not my favorite song I have written,” commented Mirenda. “It’s just a different way of telling the one you love that you ain’t going anywhere and you are in it forever.” The track has paved the way to kick start Josh’s artist career while scheduling more singles to be released through the year.

Black Sheep describes its Tequila as a “farm to bottle,” “single estate, small-batch line of Tequilas.” In addition to the usual lineup of Blanco, Reposado Añejo and Extra Añejo, the company also bottles an extraordinary 15 YO Tequila it calls Antano (Spanish for yesteryear).

David Nail making it to the Toads Tunes studio to talk music, heights, family, trips to Waco and Austin and more.