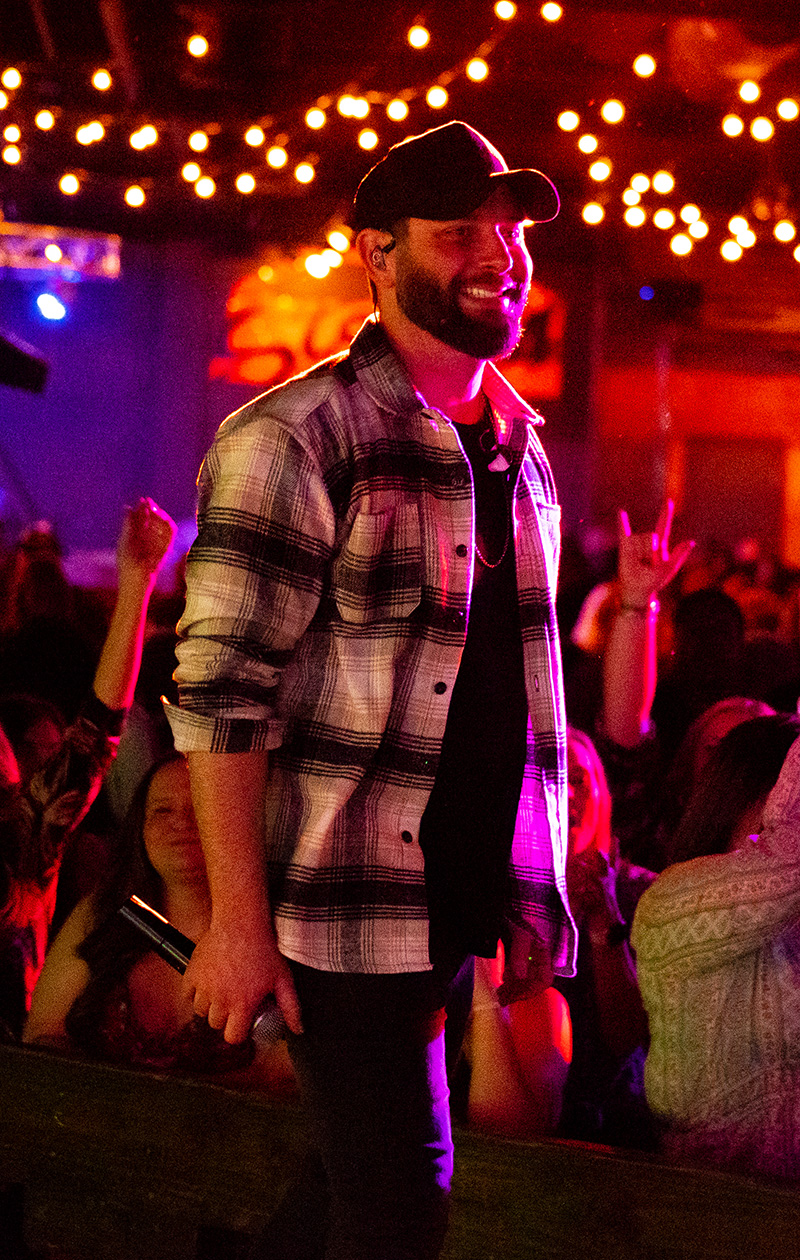 Ryan Griffin and Toad getting to know TikTok a little better, being on the road with Cary Pearce, a new deal in Nashville, using social media to get feedback on new music, claw machines, goals for 2022, pizza, sushi and record stores, an arangatang version of Salt, Lime and Tequila, cnc machines, chansaws, the move to Nashville, college and a bunch more!

From working on the farm as a child, to co-writing Kelsea Ballerini’s hit “Dibs” to honing his own music, Ryan Griffin has always been about blending pure talent with good old hard work and tireless dedication. And, since arriving in Nashville from Florida at seventeen, he’s also always been about guiding his career equally from the gut and the heart. Since his top-streaming song “Woulda Left Me Too” introduced him as a singer with an unusually empathetic hand (and garnered millions of plays on Spotify), Griffin has been working to release music that finds his unique niche between R&B and country, and between fun and true vulnerability. And now, with three new busbee-produced tracks and more on the horizon, Griffin has never been more ready for this moment.

“I’ve never felt more true to myself than I have with this music,” says Griffin. “These songs have never felt so right.” Indeed, “Best Cold Beer,” “Good Company” and “Play It By Heart” are pure Griffin: they’re fun, as soulful and groovy as they are twangy, and uniquely perceptive, packed with razor-sharp insights about living and loving.

The child of hardworking parents who always instilled a deep work ethic in their son, Griffin spend his youth out in the sod fields and, in his down time, wrestling for any say in the car radio stations with his two brothers and his mom – to little success. But in hindsight, it was for the best: he ended up listening to everything from Vince Gill and George Strait to modern pop and R&B once he hit high school, and it shaped him in ways he didn’t even realize at the time.

One evening his father – who also loved Jimmy Buffett – took him to a local country festival, and Griffin’s future suddenly became clear: “I got to see Kenny Chesney and Alan Jackson and all of these dudes,” Griffin remembers. “That’s when I realized this is what I want to do.”

A little boy who would hum melodies almost before he could talk, Griffin was always a musical kid, but his father, who raised two more sports-focused sons before him, didn’t know quite what to do with him. So, one day, he pulled out the phone book.

“He said ‘I’m going to call everyone who has something to do with music and find out what to do with this kid’,” Griffin remembers. “He sat there for hours and there was finally this dude who answered the phone, and he had a studio in his garage which was kind of unheard of. My pops said, ‘alright we’ll be there this week.’”

Griffin went in and recorded a little demo, and that was it. He spent the rest of his teenage years opening for the likes of Neil McCoy and Highway 101, and playing any stage he could. Then, at seventeen, he finally followed his dreams to Nashville, enrolling at Belmont University, first in the voice program and then, afraid all the training would massage the character form his sound, in the Music Business program. And, like most promising graduates, he hit all the milestones: he won the country music showcase, played the Best of the Best, and scored an internship at Broken Bow that saw him hitting the road to help tour manage Jason Aldean.

After Midtown bringing their roots into the studio and chattin’ with Toad!

Gettin’ to sit with Madeline Merlo and talk music, Canada, actually being “country” and so much more!