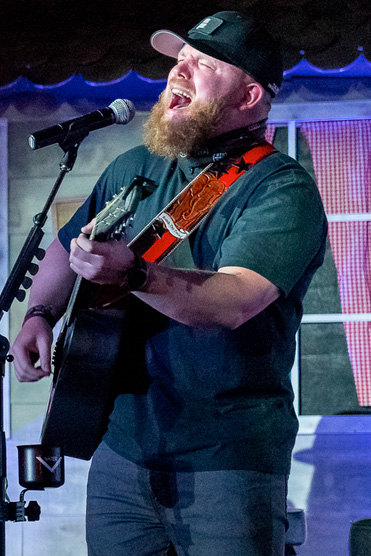 Tyler Braden and Toad sit down in the Country AF Radio studio in Las Vegas to talk all the 2020 naps, Subway jobs, the music biz and golf!

The Alabama native grew up in Slapout, just miles from the graveyard memorial to Hank Williams, and his influences speak to the best of the ’90s and ’00s: from country greats such as Eric Church, Alan Jackson and Keith Urban to singer / songwriters including John Mayer, Ron Pope and Jason Reeves. Following a move to Nashville in 2016, he spent several years committed to his job as a firefighter while building his catalogue and touring. With more than 25 million streams already to his name on Spotify alone, Braden has new music due later this year.

Kameron Marlowe and Toad talk penny slots, poker, Nashville, the one and only Cook Out and even talk music.